In memory of my father Terrence John Brabant

Herts Musical Memories was founded April 2017 by Kerry Brabant in order to continue 'Singing for the Brain', the service originally provided by the Alzheimer's Society. This service was due to be discontinued due to changes to Hertfordshire County Council funding. It seemed unthinkable to Kerry, as an ex Singing for the Brain leader, that this service should no longer be available to people in Hertfordshire. Personal experience had shown her just how important singing and music is for people with dementia.

'My father had vascular dementia, and towards the end of his illness he could no longer speak - but we could still communicate though singing. Towards the end of his life he was very ill and in a lot of pain. I put on the radio and a song came on that we both recognised. As I joined in with the music, he lifted his head and we sang together, it was the last moment we ever shared together.' Kerry Brabant

It is this ability for people with dementia to connect though music that makes Herts Musical Memories singing sessions so special and so valuable for those who attend. 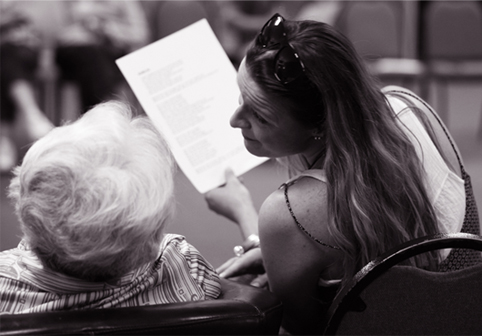